Energetiq's Laser-Driven Light Sources (LDLS) are used for a variety of Life Science applications, including medical imaging, non-invasive analysis, cell structure characterization, and microscopy. LDLS technology has a combination of high brightness, broad wavelength range, and a lifetime of 10,000 hours between maintenance cycles.

We have gathered some of the peer-reviewed research conducted using our sources below.

We report on a procedure to build and characterize solid tissue-mimicking phantoms of polydimethylsiloxane (PDMS) polymers. Controlled inclusion of light scattering titanium dioxide (TiO2) nanoparticles enables the creation of phantoms having tunable light scattering properties with reduced scattering coefficients consistent across different measurement platforms including an integrating sphere and a time-resolved diffuse optical spectroscopic system. Backscatter confocal microscopy is also used to characterize the shape and distribution of included TiO2 particles. The double integrating sphere and time-resolved diffuse spectroscopy were used to measure the reduced scattering coefficients of the phantoms. The results across different systems are in good agreement, suggesting that the PDMS/TiO2 composite is a promising tissue-mimicking material for developing standards useful to validate measurements by different devices for multiplatform and multi-laboratory tests.

Optical Properties of the Human Round Window Membrane

Optical techniques are effective tools for diagnostic applications in medicine and are particularly attractive for the noninvasive analysis of biological tissues and fluids in vivo. Noninvasive examinations of substances via a fiber optic probe need to consider the optical properties of biological tissues obstructing the optical path. This applies to the analysis of the human perilymph, which is located behind the round window membrane. The composition of this inner ear liquid is directly correlated to inner ear hearing loss. In this work, experimental methods for studying the optical properties of the human round window membrane ex vivo are presented. For the first time, a comprehensive investigation of this tissue is performed, including optical transmission, forward scattering, and Raman scattering. The results obtained suggest the application of visible wavelengths (>400nm ) for investigating the perilymph behind the round window membrane in the future.

Measuring Blood Oxygen Saturation Along a Capillary Vessel in Humans

Measuring oxygen saturation in capillary vessels could provide valuable information on oxygen transport and tissue viability. Most spectroscopic measurement techniques, however, lack the spatial resolution to account for the small vessel dimensions within a scattering tissue and the steep gradients of oxygen saturation levels. Here, we developed a noninvasive technique for image-guided confocal measurement of the optical absorption spectrum from a small region that is comparable in size to the cross section of a single capillary vessel. A wide range of oxygen saturation levels were measured in a single capillary in a human volunteer, with blood deoxygenation rates of 7.1% per hundred microns. The technique could help in studying oxygen exchange dynamics in tissues and could play a key role in future clinical diagnosis and therapeutic applications that require localized functional tissue inspection

We present measurements by deep-ultraviolet mass mapping of nucleic acid (NA) and protein for five commonly cultured and three primary cell types. The dry mass distribution at submicron resolution was determined on a single-cell basis for 250-500 cells from each of these types. Since the method carries a direct reference to a spectrophotometric standard (molar extinction coefficient), we are able to calibrate the absolute weight distributions both on a cell-to-cell basis within each type and across types. We also provide a calibration in absolute mass units for fluorescence-based measurements (flow cytometry and fluorescence microscopy). As might be expected the cultured cell lines show a high concentration of nucleic acids in the nuclear compartment, much larger than the genomic 2C number even in the G1 stage. The whole-cell nucleic-acid/protein ratio was found to be a characteristic of cell lines that persists independent of cell cycle and, as a result, this ratio has some value for phenotyping. Primary chicken red blood cells (cRBC), often used as a cytometry standard, were determined to have a nuclear-isolated nucleic acid content much closer to the genomic number than the cultured cell lines (cRBC: 3.00 pg total NA, 2.30 pg DNA, and 0.70 pg RNA). The individual blastomeres (n = 54) from mouse embryos at eight-cell stage were measured and found to vary by more than a factor or two in total protein and nucleic acid content (0.8-2.3 ng total protein, 70-150 pg total NA). The ratio of nucleic acid to protein was more nearly constant for each blastomere from a particular embryo and this ratio was found to be an identifying characteristic that varies from embryo to embryo obtained from a single flushing of a mouse.

Quantitative phase imaging (QPI) modality has been widely adopted in a variety of applications ranging from identifying photomask defects in lithography to characterizing cell structure and tissue morphology in cancer. Traditional QPI utilizes the electromagnetic phase of transmitted light to measure, with nanometer scale sensitivity, alterations in the optical thickness of a sample of interest. In our work, the QPI paradigm is generalized to study depth-resolved properties of phase objects with slowly varying refractive index without a strong interface by utilizing the Fourier phase associated with Fourier-domain optical coherence tomography (FD-OCT). Specifically, based on computing the Fourier phase of light back-scattered by cell nuclei, we have developed nanoscale nuclear architecture mapping (nanoNAM) method that quantifies, with nanoscale sensitivity, (a) the depth-resolved alterations in mean nuclear optical density, and (b) depth-resolved localized heterogeneity in optical density of the cell nuclei. We have used nanoNAM to detect malignant transformation in colon carcinogenesis, even in tissue that appears histologically normal according to pathologists, thereby showing its potential as a pathology aid in cases where pathology examination remains inconclusive, and for screening patient populations at risk of developing cancer. In this paper, we integrate all aspects of nanoNAM, from principle through instrumentation and analysis, to show that nanoNAM is a promising, low-cost, and label-free method for identifying pathologically indeterminate pre-cancerous and cancerous cells. Importantly, it can seamlessly integrate into the clinical pipeline by utilizing clinically prepared formalin-fixed, paraffin-embedded tissue sections.

We present a method for label‐free imaging and sorting of cancer cells in blood, which is based on a dielectrophoretic microfluidic chip and label‐free interferometric phase microscopy. The chip used for imaging has been embedded with dielectrophoretic electrodes, and therefore it can be used to sort the cells based on the decisions obtained during the cell flow by the label‐free quantitative imaging method. Hence, we obtained a real‐time, automatic, label‐free imaging flow cytometry with the ability to sort the cells during flow. To validate our model, we combined into the label‐free imaging interferometer a fluorescence imaging channel that indicated the correctness of the label‐free sorting. We have achieved above 98% classification success and 69% sorting accuracy at flow rates of 4 to 7 μL hr−1. In the future, this method is expected to help in label‐free sorting of circulating tumor cells in blood following an initial state‐of‐the‐art cell enrichment.

Correctly diagnosing and staging prostate cancer continues to be a significant clinical challenge. Currently, the standard of care consists of a pathologist’s visual assessment of hematoxylin-and-eosin-stained (HE) histological sections, and designation of a Gleason score based on the top two most common patterns. However, this process is subjective and thus prone to error. Further, lack of standard protocols for staining, makes quantitative analysis of stained tissues difficult. Therefore, there is a significant need to develop new quantitative methods that can provide robust, objective, and accurate information of the aggressiveness and stage of prostate cancer. In this work, we seek to address this challenge using multi-spectral deep-UV microscopy of unstained tissue sections. This method yields valuable insight into the aggressiveness and stage of the disease due to its subcellular spatial resolution and high sensitivity to many endogenous biomolecules, including nucleic acid and proteins. In our approach we use a simple and cost effective wide-field imaging configuration with sequential illumination at multiple wavelengths ranging from 220 nm to 450 nm. Spectral signatures are analyzed in conjunction with the morphology using a geometrical representation of principal component analysis and principles of mathematical morphology. Our results reveal distinct morphological and molecular alterations in the tissue as cancer becomes more aggressive. In this presentation we will detail the design of the multispectral, deep UV microscope; describe our quantitative image analysis, and show preliminary results.

Energetiq’s family of tunable light sources is comprised of flexible tools that provide unique benefits for research in the area of wavelength-specific light deactivation of common bacteria and viruses, including COVID-19. 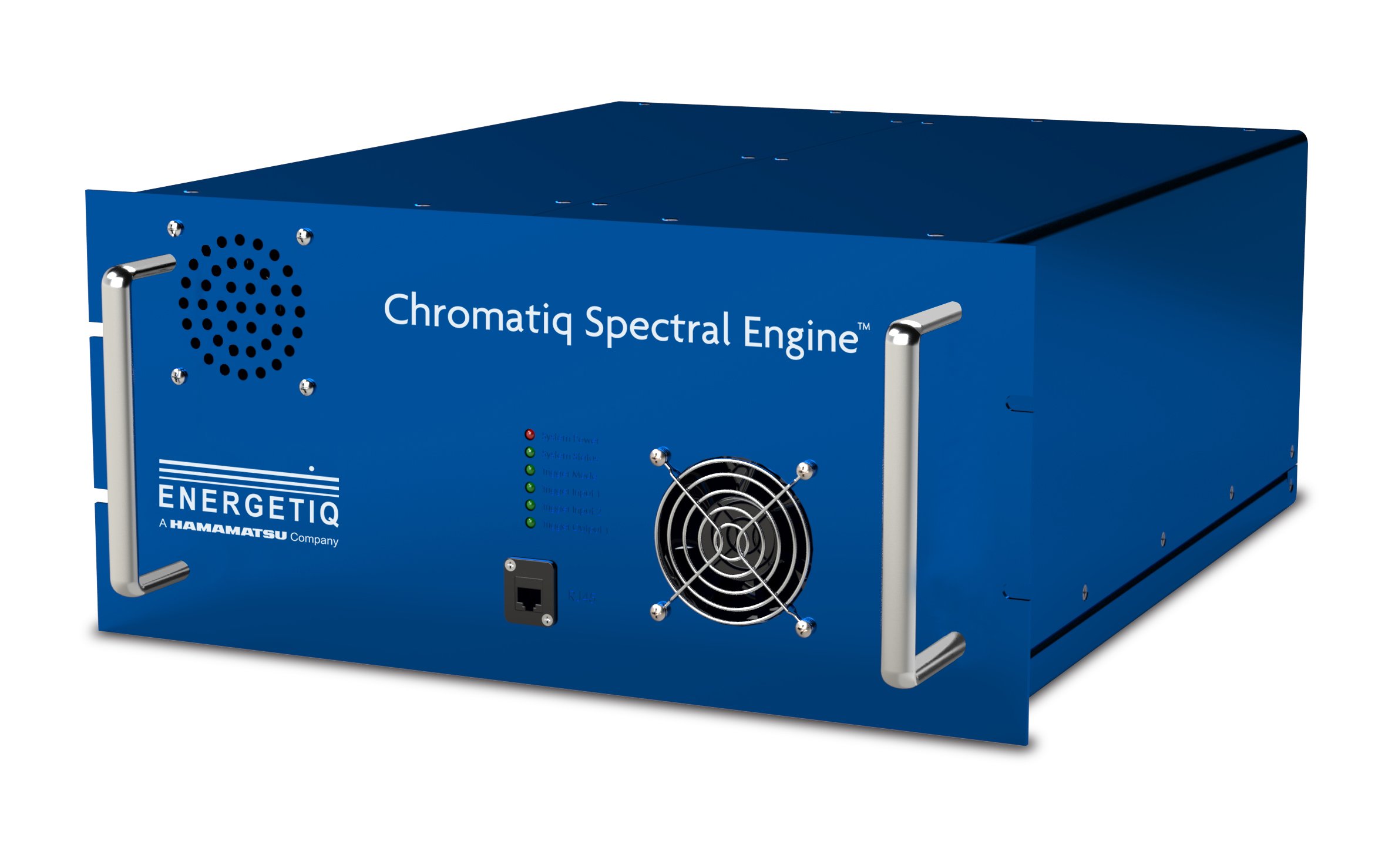 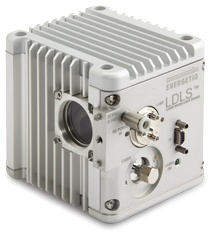 Extremely bright for efficient light collection from the deepest UV to beyond the visible spectrum. 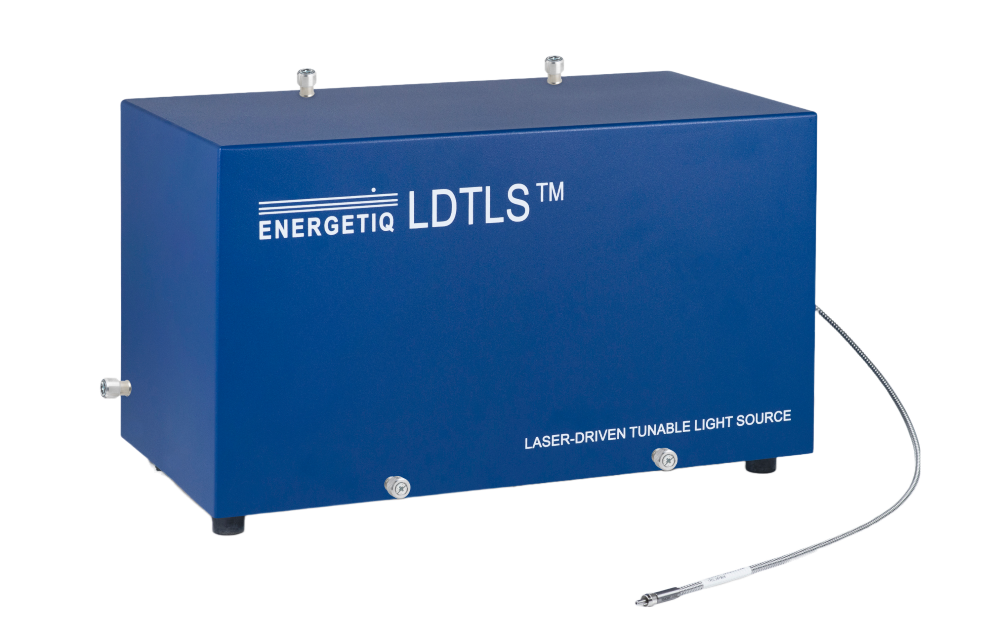 Precise tuning across the spectral range from 170nm – 2500nm. A compact, fully integrated broadband source with high stability and reliability.