Deep ultraviolet sources, such as Energetiq’s LDLS™, can produce ozone which can adversely affect the performance of instruments and experiments connected to the LDLS. Ozone in the optical path of an instrument will absorb UV light by varying amounts, depending on the ozone concentration. This application note explains the ozone generation mechanism and appropriate ozone mitigation techniques that will ensure the best possible results.

When air (or oxygen) is exposed to UV radiation below about 200nm wavelength, ozone will be generated. Ozone (O3) is the tri-atomic form of molecular oxygen (O2). It is a colorless (at low concentration, blue at high concentration), unstable gas, with a distinctive sharp odor. Ozone is considered a pollutant for human health and it irritates the throat and eyes. Good ventilation is important when ozone is produced in a working environment. Ozone is a powerful oxidizer and will oxidize and degrade organic materials with which it comes into contact.


Figure 1 shows the photodissociation cross sections of oxygen and ozone. Absorbance of UV radiation by oxygen and ozone is directly proportional to the photodissociation cross section as well as molecular concentration. Since the concentration of ozone in air is much lower than that of oxygen, the practical measureable absorption of ozone in air is between 220nm and 280 nm, and the main absorption of oxygen in air is under 200 nm. The cross section data are highly variable with temperatures and the values in Figure 1 are only indicative.

The spectral absorbance data in Figure 2 shows along a 50cm beam path without nitrogen purge using an Energetiq EQ-99 LDLS source. The peak absorbance is near 250 nm, predominantly from ozone, with light being absorbed predominantly by oxygen below 200 nm.

If oxygen is removed from the entire UV beam path, by purging using high purity nitrogen, then no ozone will be created and therefore the UV light will be efficiently transmitted.

Irradiance is a useful measure for applications where power must be delivered to large areas. For example, illuminating a classroom or a football field is primarily a question of delivering a certain number of watts per square meter. This can be achieved by using a single high power source. However, since irradiance does not depend on solid angle, multiple sources can be combined, illuminating the walls or the field from different angles. 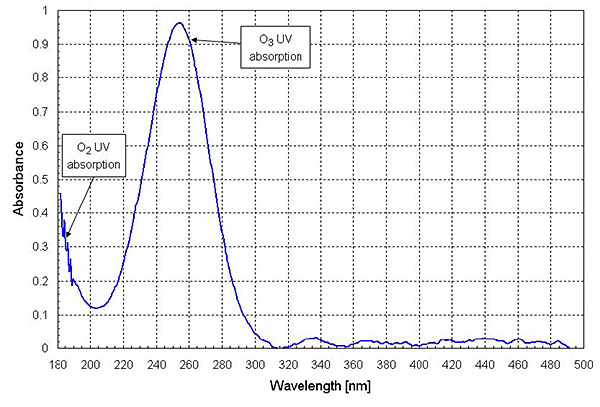 Figure 2. A spectral absorbance along a 50cm beam path, without nitrogen purge, using an EQ-99 LDLS

Energetiq’s Laser-Driven Light Sources produce high-brightness broadband radiation from 170 nm (the cut off of the high quality synthetic fused silica bulb) through visible and into the near infrared. Consequently, LDLS systems will generate ozone when oxygen in air is in the beam path, both inside and outside the lamp housing. In most LDLS applications, high-purity nitrogen purging of both the lamp housing and along the entire beam path is strongly recommended. Purging the lamp house and the beam path with high-purity nitrogen has a secondary benefit. Hydrocarbons present in air can also be photodissociated by deep UV light. These photodissociated hydrocarbon fragments can deposit on surfaces in the beam path as amorphous carbon-based thin-films which reduce optical transmission and reflection of those surfaces.

A nitrogen purge port is located on all LDLS lamp houses. It is recommended that high-purity (Grade 6) nitrogen is connected to this port to mitigate ozone production within the lamp house. For the optical beam path beyond the window of the LDLS, care should be taken in the instrument design or optical bench layout to allow for purging with nitrogen. The beam path should be made with purgeable optical tubes or enclosed in a box fitted with a nitrogen purge port. Keeping the volume low for the enclosure and ensuring close fitting seals and joint will minimize the flow rate of nitrogen needed to eliminate ozone production. In cases where a tightly fitting enclosure is not practical, the beam path may be aggressively ventilated with an exhaust system. By aggressively exhausting the area around the beam path, the concentration of ozone will be reduced, and the absorption in the 250 nm region will be reduced.